Building permit numbers are one of most reliable indicators of the construction industry’s activity in the United States. Data from the National Association of Home Builders compiled by eyeonhousing.org till November 2017 shows single-family house permits surging to 761,229, a 10.2% rise over the same period in 2016. Our maps break down the state level distribution of building permits as well as the number of building permits per capita to give you an idea of what to expect from the construction industry in 2018. 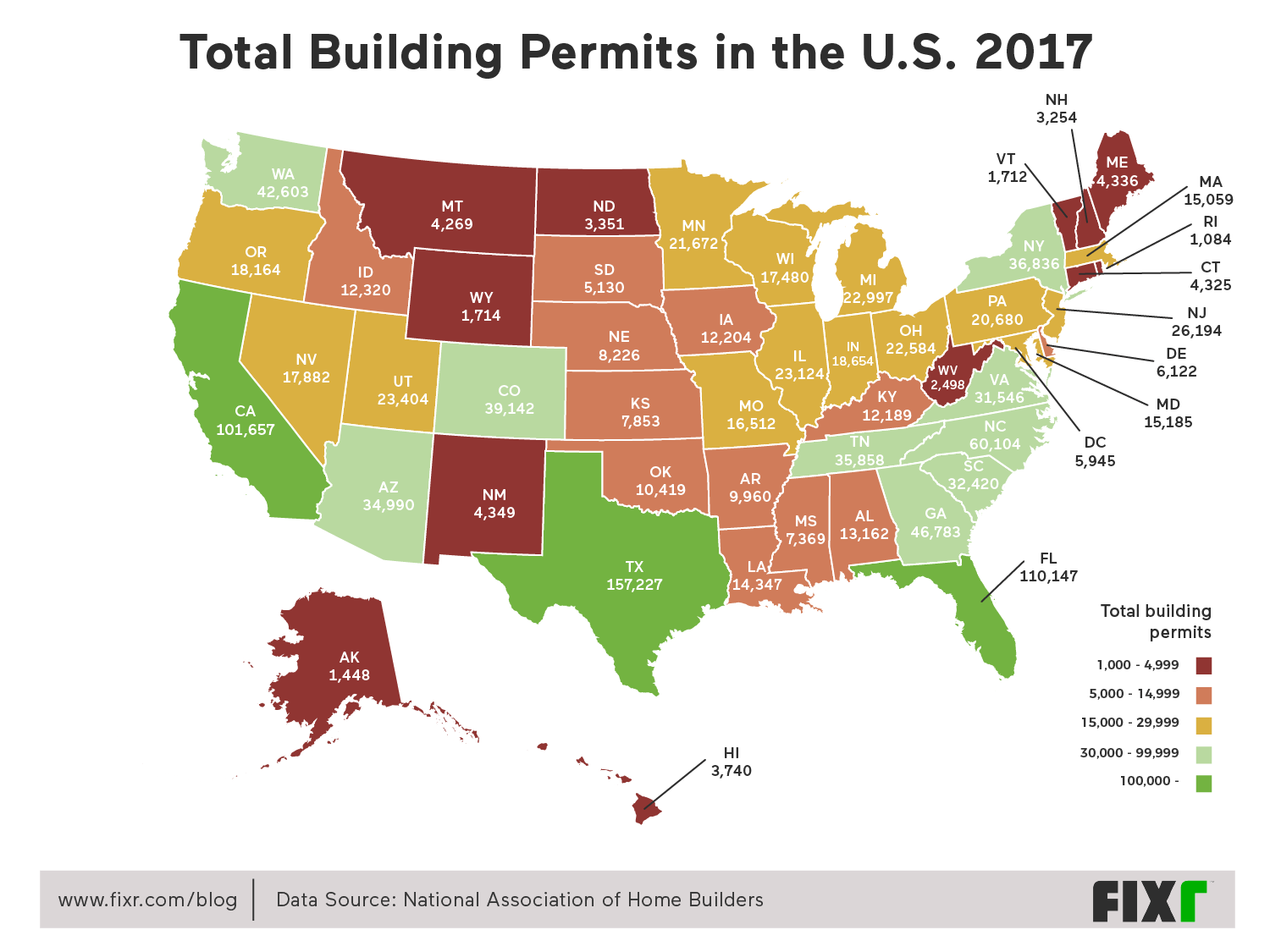 While having the total number of permits issued gives us important information, looking at the ratio of permits issued capita gives us a more useful metric to gauge the construction industry’s performance in any state. The building permits issued per 1000 residents shown in the map above immediately highlights Idaho, Utah, Colorado and District of Columbia. Despite not being particularly prominent on the first map due to their low populations, the second map shows the high demand for construction in these states. Texas and Florida still posted high values despite being the second and third most populous states in the United States, driven by hurricane recovery activities in the two states. In contrast to this, California posted a small per capita value, being the most populous state in the United States and being generally unaffected by the hurricane season. Moreover, we also notice high values for North and South Carolina which were also impacted during the hurricane season. The northern as well as central west states also show quite good numbers per capita despite having a fewer total number of permits issued, pointing to the overall rise in the demand for construction in the United States.