As a homeowner, the security of your loved ones and possessions is never far from your thoughts, so ensuring your home is as safe as it can be should be a priority. We take a look at the national crime statistics over a five year period, to find out which states are getting safer, and which aren't, to help you to know where you stand, and so you can take steps to improve your protection.

We created this graphic using data from the Uniform Crime Reporting Statistics on Property crime, as well as looking at the FBI’s latest crime results by state. We mapped the two variables, the first being the percentage change in property crime over a five year period, and the second, the latest results on the number of crimes committed relating to property, per 100,000. The data did not consider other forms of crime in the country.

Of all of the states, over the five year period only four showed an increase in crime. Alaska led the way, with a significant 29.1% increase and 3,542 reported property crimes. New Mexico only had a 9.4% increase, yet this represented 3,942 reported crimes. North Dakota’s increase of 7.8% represented 2,198 crimes yet Colorado's slight increase of 0.6%, represented 2,702 crimes. Despite reducing crime by 11.8%, the District of Columbia had the highest number of crimes at 4,284.

The rest of the states all managed to decrease their property crime with percentages ranging from -0.2% to -43.6%.

What these Crime Numbers Mean to Homeowners

While we focused on property crime alone, it may be unsurprising that Alaska and New Mexico, the states that took the top two spots for an increase in property crime, also topped the list for crime overall. Yet the following three states for top property crime increases didn’t even fall in the top ten for overall crime rates. This may refer to the fact that different types of crime are not necessarily linked, and to understand the causes of crime requires consideration of systemic, economic and social issues rather than simply counting occurrences.

That said, it is clear that the news is mostly positive and property crimes are decreasing across the country. However, no states managed to eradicate crime completely, so the onus is on the homeowner to ensure they do not fall victim to a crime, even in the safest states.

How to Safeguard Your Home from Property Crime

It is possible to gain peace of mind, without ending up feeling like you’re living in a prison of your own.

In a study by a researcher from the Department of Justice and Criminology, a group of burglars was interviewed and it was found that 83% said the presence of a security system affected their decision to burgle, with 60% stating they would avoid a house with a system present. Everything from motion detectors, door and window sensors, cameras and alarms can make up a system, so consult with security providers for the best combination to suit your needs. Installing a system can even save you as much as 20% in insurance payments. Just remember to put up signs saying you have one and don’t specify which brand, to keep the burglars guessing.

Make sure your entrance door is solid timber or has a steel core, install a deadbolt, and don’t forget to lock it. Whether you're renting or own the home, replace locks when moving into a new place, who knows which contractors and previous visitors may have an old key. Most burglars interviewed took advantage of opportunities where doors or windows were left open and simply walked into the home. Ensure your windows all have robust locks and don’t forget to lock your pet’s door if its large enough for someone to crawl through. Finally, secure your garage door, keep the remote inside, rather than leaving it in the car, put curtains up over garage windows and lock all access points, even when you’re home.

Illuminate Your Space and Keep it Clear

Make sure outside areas are well lit; motion-sensing lights are particularly effective as they alert you to unusual movements. Keep hedges and shrubbery well-trimmed and plant thorny bushes under windows to deter them from being used as hiding places. Indoors, you can install light timers and even a false TV that mimics the lighting from a TV to help add to the impression that someone is home.

Nowadays security systems can be accessed via an app on your phone, alerting you to unusual activity, allowing you to activate lights and cameras, and make the call to the police if necessary. Unfortunately, technology can also cause you problems. Avoid posting information about vacations or your daily movements on social media. This can be a source for intruders to access your schedule, so save the happy snaps and comments for once you’ve returned. Also, make sure you’re protected from cyber attacks by securing your home WiFi network, install firewalls and even change the password regularly.

Burglars check the same places for valuables for a reason; avoid stashing valuables in dresser drawers, in your bedside table or in the medicine cabinet. Instead, install a bolted-down safe, or find creative ways to hide your goods in fake grocery containers, to hide goods in unexpected places or in secret nooks. You should also get a neighbor to collect your post and put out your trash, so these telltale signs don’t give away your absence, when on holiday.

A Smart Homeowner is a Happy Homeowner

The main thing here is to be smart, walk around your home and assess what could be considered a weak point and reinforce it. Test your security systems and know what to do should someone break-in.

Finally, while security measures in the home help ensure the burglar moves on to someone else, creating a strong sense of community with your neighbors will show criminals that the whole area is protected. A neighbourhood watch has been shown to help reduce crime for you all and you have the benefit of making new friends, close to home. 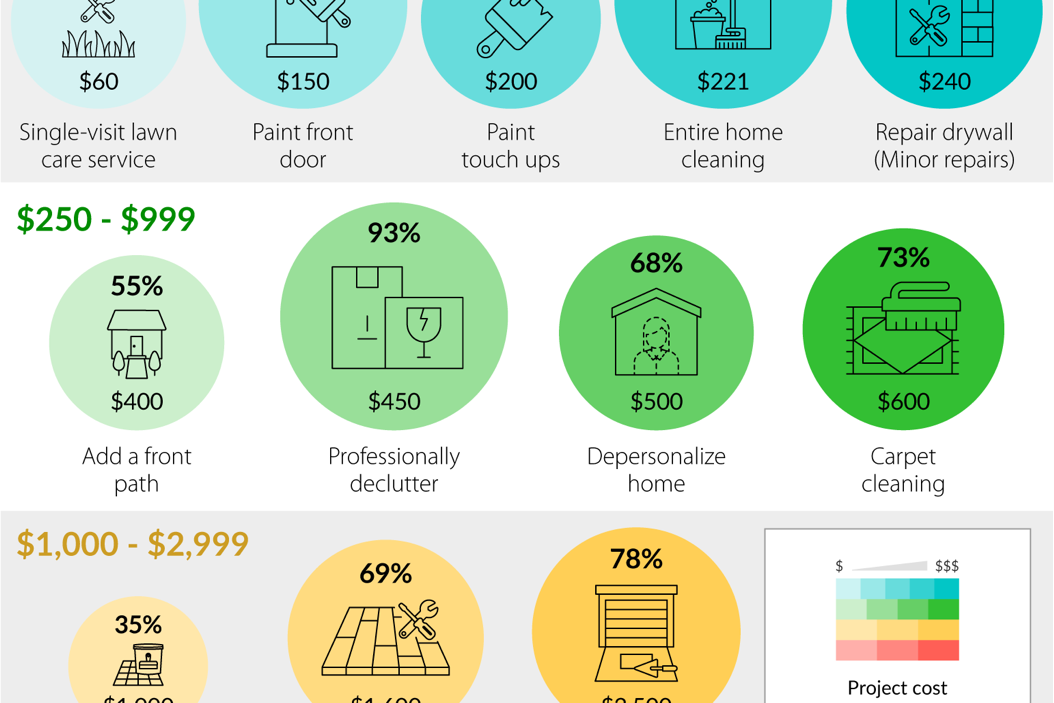 If you're looking to sell your home, which improvement projects should be your top priority? These are the top home staging projects that realtors recommend the most in 2021 by budget. 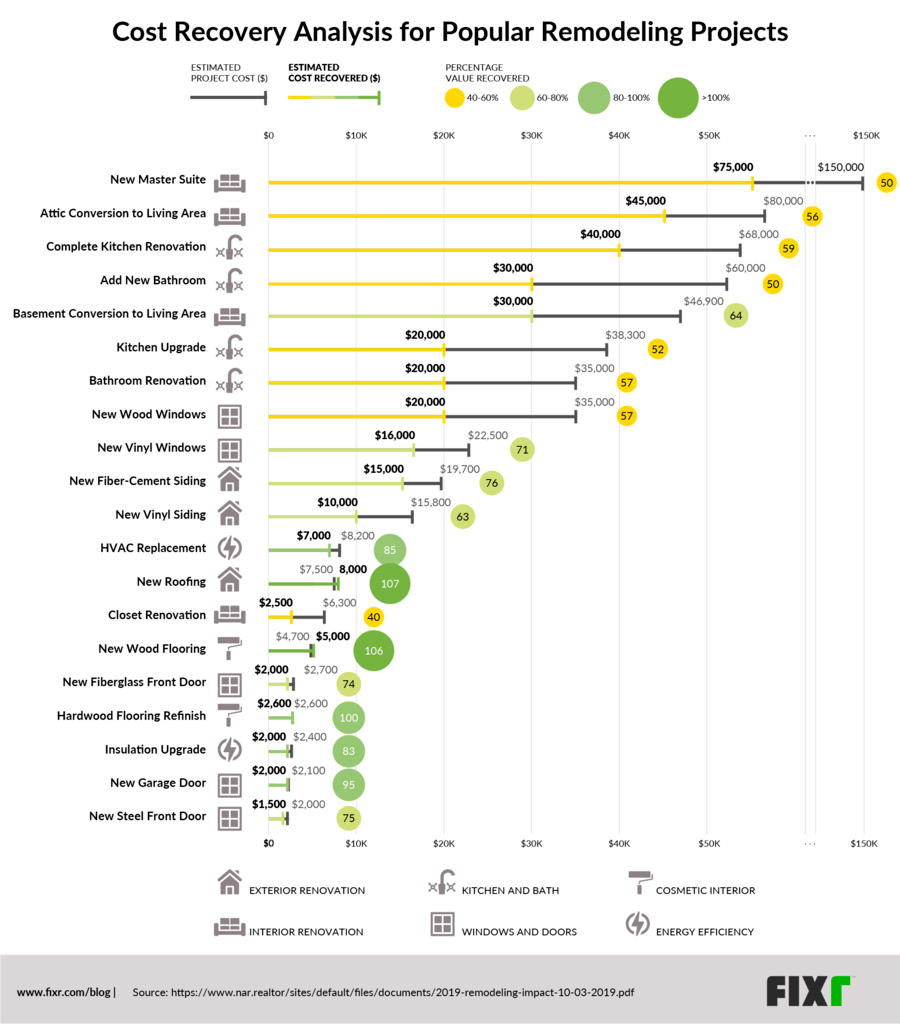 There may be a number of reasons why you decide to remodel your home. You could finally be tackling the project you wanted to do since you moved or simply doing a remodel