Many industries have felt a slow down or some form of an economic impact in the second quarter of 2020 due to the arrival of the COVID-19 pandemic. With widespread shutdowns and stay at home orders, many states had to prioritize only essential businesses to help keep people safe.

Home construction is considered an essential business, however, which means that most construction works, builders, and tradespeople were still at work while many others were suddenly working from home. So, while there was a major economic impact and recession across the country due to the coronavirus, in many ways the home construction industry was not nearly as impacted as some sectors. According to Census data, several states still showed a positive growth rate in the construction industry during the time period from March to May, even while other industries registered losses.

This industry growth could be an indicator of future economic growth as well, so it’s important to keep track of which states are experiencing the biggest rate of growth. Below, you’ll find information on which states built the most homes during the pandemic from the period of March to May, so you can better track future growth predictions in those areas.

Understanding the Impact on the Industry Through the Data

As you can see from the map, data was tracked on home construction during this period in two ways - through the number of building permits that were pulled per 10,000 residents, and the percentage of growth rate for the total number of permits pulled in each state for this time period. The map shows how each of the states is performing in each category. Each state is ranked for permits pulled by its color; the darker the color of the state, the more permits were pulled. In addition, you’ll also find the percentage of growth in this area for each state. These figures are also color coded for easy reading, based on the positive or negative growth each state experienced.

The number of permits per 10,000 residents is the sum of permits pulled for March, April, and May collectively for each of these states. The growth rate is the average percentage of growth for this period, so while states may have started out with a stronger or weaker showing from March to April, this value is combined with their growth rate through May to calculate the total average percentage that is displayed. This is useful information, as trends are easier to track over longer periods of time, as opposed to seeing a smaller snapshot of a single area.

What’s interesting about this map is that the two categories - the top 10 permits per 10,000 residents and the highest growth rate - do not overlap in any way. While 10 states pulled more permits than any others, those 10 states uniformly had a negative growth rate in home building for the same period. Only one - Idaho - recovered in the month of May to have a positive growth rate for that month, which combined with the loss of the previous period to give it a total growth rate of -1%.

There could be several reasons for this, such as a sudden surge of growth after a longer period of stability in the states that experienced the highest growth percentages. It could also be explained by the top 10 states for pulling permits during this period having higher-than-average rates at all times. While they have seen a decline, they are still pulling more permits than other states who may be trending upward.

The biggest note of interest, though, is the growth rate in Alaska. Alaska was not as impacted by the virus as other states, having just over 1,000 total cases since the pandemic began. With such limited impact, it could be that the state is optimistic about reopening. The climate of Alaska cannot be discounted, however; very little building may occur during the previous months of the year. This could be resulting in a sudden surge in the spring, while other states may be filing for permits year round.

South Dakota and Iowa both come in the top 10 of total growth percentage at 9%. It’s important to note, however, that there is more at play here. South Dakota pulled more permits overall at 9.7 per 10,000 residents vs 6.8 for Iowa. However, Iowa showed a slight growth in the time period of March to April at 0.59%, followed by a much bigger increase of 17.11% in May. In comparison, South Dakota posted an initial loss of -0.37%, which was followed by a swing of 17.84%. These small variables still show a big increase in growth for both states. Consider the fact that of the 50 states and DC that were counted, only 15 showed any growth at all, with Maine (8%), New Hampshire (7%), Kansas (3%), Ohio (6%) and Illinois (4%) making up the rest. It is interesting to note that those showing any growth during this period are either located in the North or northern parts of the MidWest, indicating that they, like Alaska, may have simply started their building season later than warmer states, indicating a growth pattern unrelated to the pandemic.

Cautious Optimism for the Future

While it is optimistic to see that building in the US has continued during the early part of the pandemic, it’s important to note that the pandemic is far from over, with most officials warning that the US is still in the midst of the first wave. While building is continuing and home construction jobs have been considered essential during this timeline, it would be prudent for many people to continue to watch the market as future trends unfold. This slowing of growth in the majority of states could be pointing toward a future building recession as well. While some states may begin feeling hopeful about the future of the economy based on various indicators, such as home building, a closer look at the state of the industry as the year progresses may also be needed. 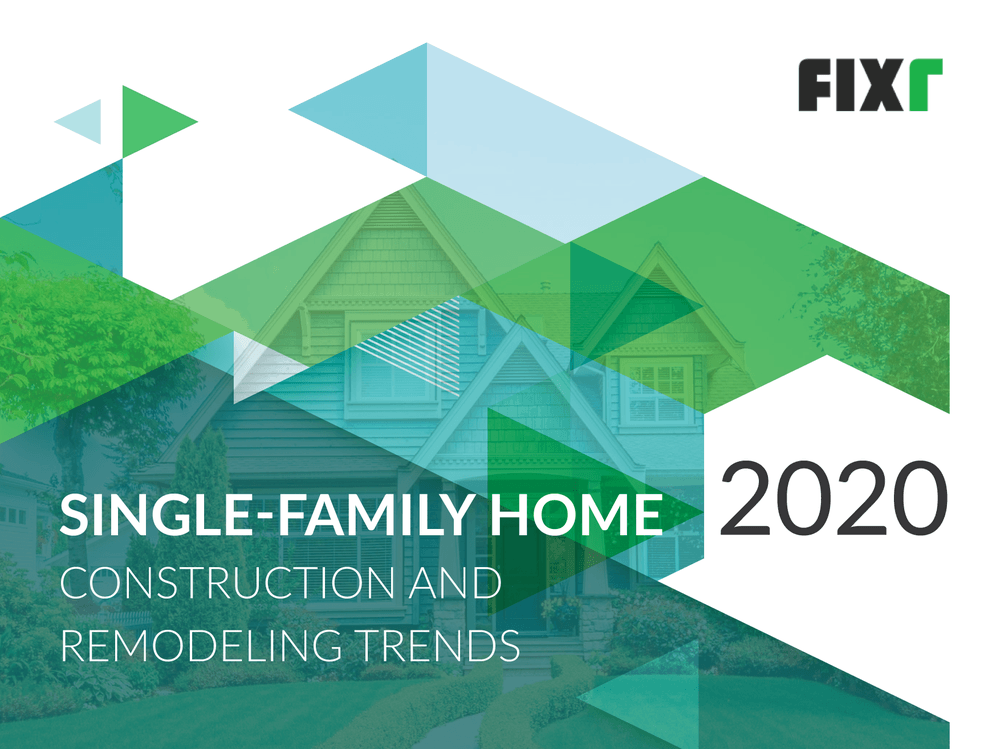 Many people see 2020 as a chance at new beginnings. With this new decade, more homeowners are beginning to look at their homes, lifestyles, and futures differently than before. Some people may be 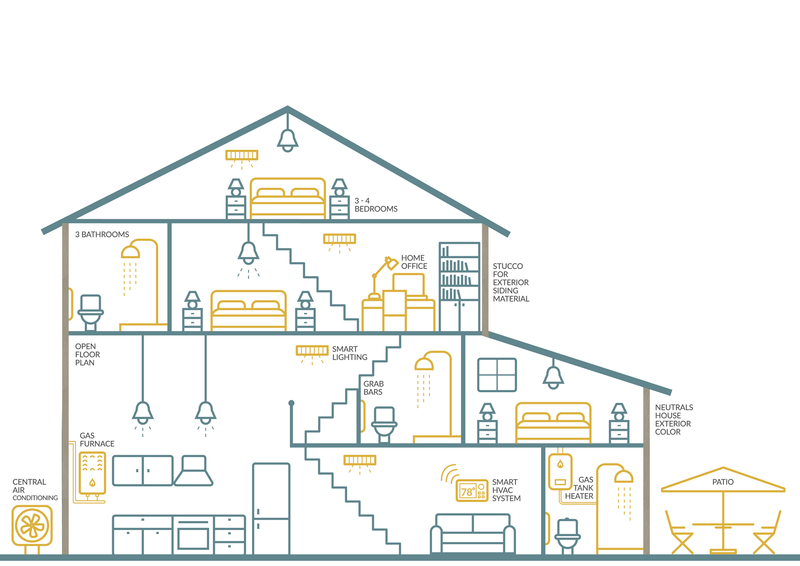 This year, Fixr is bringing you a comprehensive look at what single-home buyers are looking for in their homes, which helps current homeowners know what changes to make and industry professional know how better to advise their clients.