Cooling a tent is like bailing water out of a sinking boat.

For starters, most tents lack the insulation and airtightness to prevent heat from coming back “inside,” not to mention they’re immersed in an unescapable sea of hot air.

The problem only worsens if you, like many tent-campers, enjoy hunkering down a ways away from an electricity source and lack the carrying capacity for a 50-plus pound cooling device and generator.

For these reasons, we simply advise you to pitch your tent in the shade or reschedule your camping trip for when it’s not oppressively hot.

If the heat index won’t stop you from enjoying the great outdoors, here’s the scoop: no one makes air conditioners designed specifically for tents, but you can still set one up, and it will work to an ex-tent.

You’ll learn about 7 of the top tent coolers in this article.

First, we explain the different cooling options you should look out for and what makes each of them great (and not so great).

We also touch on how to pick the right product for your unique needs and limitations at the campsite.

Onward, to beat the heat! 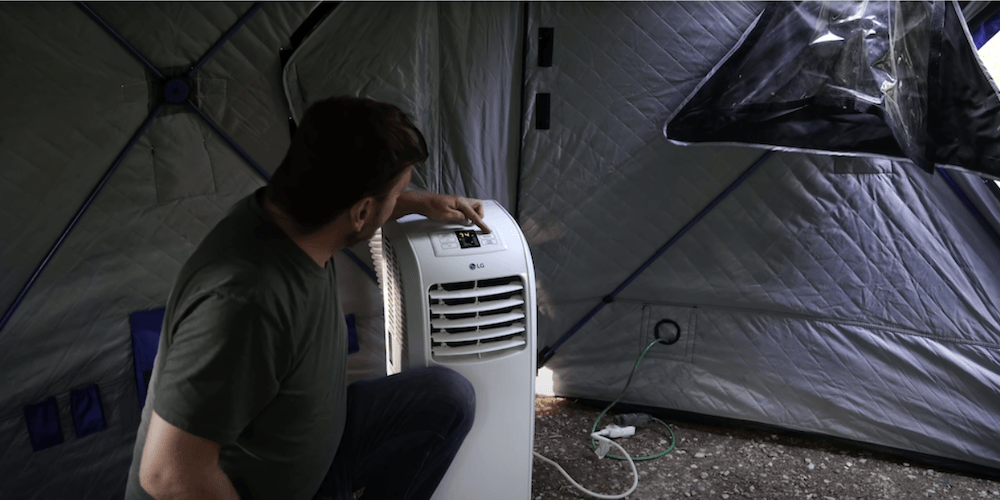 Portable air conditioners get a bad wrap among HVAC insiders because they’re extremely inefficient compared to traditional cooling systems like central air and even window ACs.

When it comes to cooling under the hot summer sun, however, portable units perform adequately up to the task.

They’re somewhat bulky and need to sit in your tent, so you want greater capacity than the number of campers staying inside. If you’re a couple, for example, bring a three- or four-person tent at a minimum.

On the downside, the “portable” in “portable AC” is arguably a misnomer, at least in a camping context. Even the smallest units weigh upwards of 45 pounds – a lot to carry around when staying light is a priority whilst camping.

These also require access to electricity, whether that be an on-site outlet, which many campsites lack, or a camping generator (at least another 50 pounds to worry about). 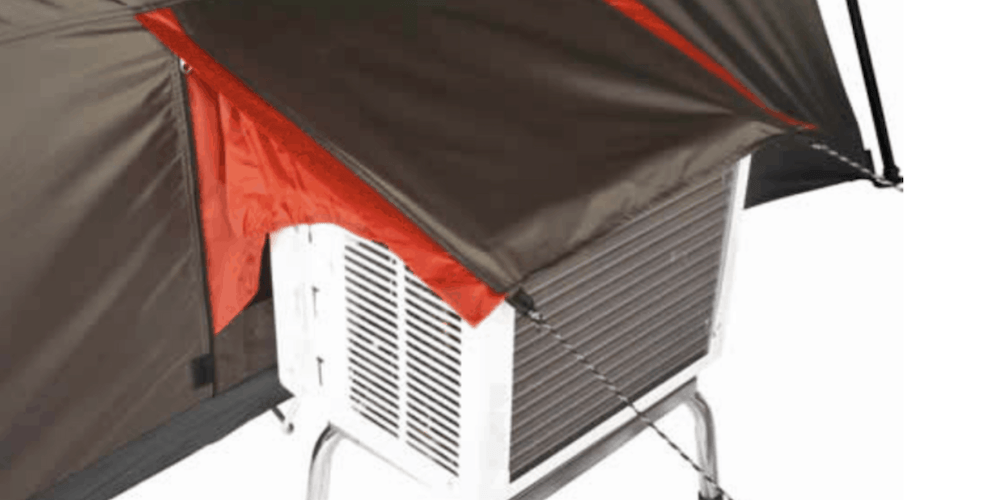 Window air conditioners likely offer the most effective and least invasive way to introduce cold air to your tent.

Typical window units can exceed 15,000 BTUs of cooling power while even the very best portable ACs won't break the five-figure mark, for reference.

Window ACs also take up way less space in your tent because they mostly sit outside for ventilation.

The only downside of note stems from the more involved setup process, which may require permanent tent adaptations.

Look past the extra installation steps and the electricity requirement, and window air conditioners win out as our favored tent cooling device. 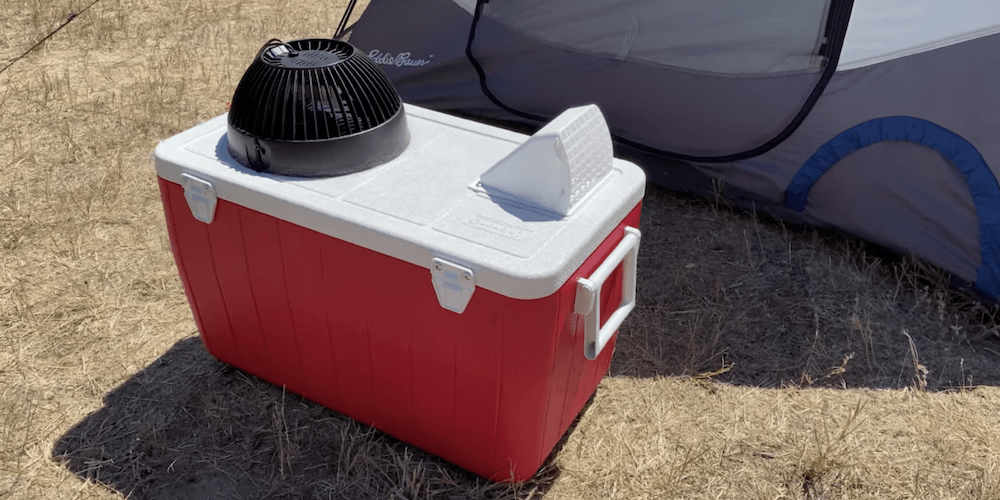 They still find their way into the tent cooling conversation partially because they provide some relief from the heat in some situations.

As opposed to a refrigerant-laden air conditioner, evaporative coolers are nothing more than a fan and a wet sponge. When hot, outdoor air blows over the moist pad, the water absorbs the heat and evaporates, providing a cooling effect.

Evaporative coolers humidify the air, unlike air conditioners that dehumidify.

In arid environments like the Southwest, increasing humidity improves comfort.

Too much humidity can lead to a greenhouse effect, making it feel hotter and muggier.

Add enough moisture to the air, and water will also condensate on the inside of the tent, soaking you and your gear.

Ventilating the water helps, but tents with ventilation won’t keep the cool air in.

For these reasons – the greenhouse effect, soaking the tent, and the ventilation conundrum – evaporative coolers work poorly, if not make matters worse, in humid climates. 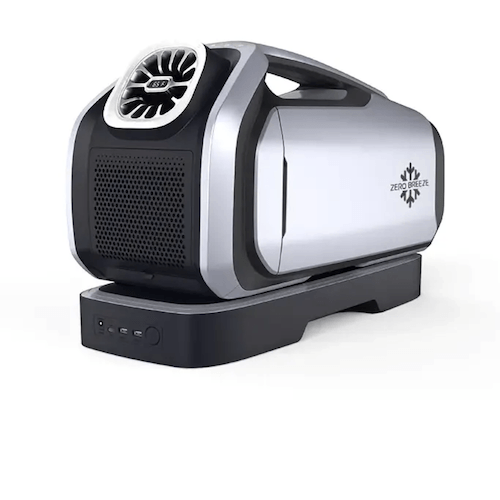 This portable air conditioner might just be the best tent-cooling option, full stop.

The Zero Breeze Mark 2 is mini, relatively lightweight, and battery-capable.

Unfortunately, the unit alone costs $1,000, plus $400 for the battery as of this writing. You can buy four small plug-in portable air conditioners at that price.

At the business end, it only outputs 2,300 BTU. That will hardly cool a small room let alone a middling outdoor tent. However, it should suffice just fine to cool tent occupants if everyone sits directly in front of it.

Another drawback: real-life reviews rate the battery to last around three hours on full blast. You won’t get cooling relief for very long unless you have an additional battery or power source.

Despite these imperfections, there is no other AC as compact and nimble as the Zero Breeze Mark 2 – the primary attributes you should prioritize in a tent cooler. 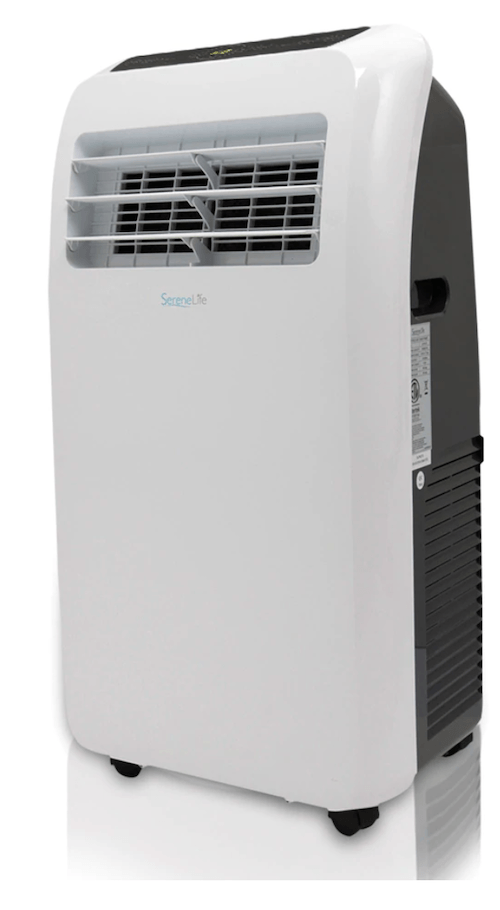 There’s a lot to appreciate about the SereneLife SLPAC series of portable air conditioners.

For starters, we like that you get a choice among several cooling options ranging between 4,000 and 7,000 BTUs.

SereneLife also offers an additional heating function on some models, an ideal feature for year-round campers looking to consolidate all of their tent HVAC needs into one convenient unit.

Even without the optional heating element, SerenLife prices its SLPAC air conditioners reasonably.

The main disadvantages stem from the fact that you’re sticking a portable air conditioner in your tent.

They’re chunky and only get larger and heavier as you upgrade towards units with better cooling power. For particularly small tents or campsites far from the parking spot, the SLPAC is probably not the AC of choice.

Of course, this portable air conditioner unit also requires a dedicated power source – another limitation to account for. 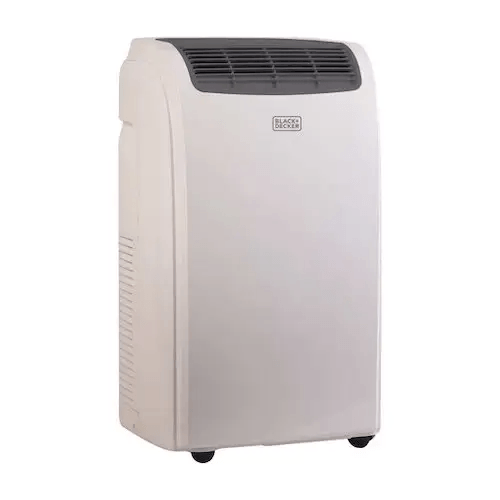 Reason to skip: Requires a power source, takes up room in your tent

Yes, it weighs 52.9 pounds, but the BLACK+DECKER BPACT08W made our list of the best portable air conditioners because it takes up a minimal amount of space thanks to its tapered dimensions.

Another benefit: the masses put the BPACT08W to the test, as in you'll find thousands of Amazon reviews for this product.

Looking at the cons, you'll need a power supply and room in your tent like any other portable AC unit, which isn't always practical let alone possible.

If you can get past these qualms, the BLACK+DECKER BPACT08W should cool your tent without taking too much space or drowning out the peaceful calm of nature. 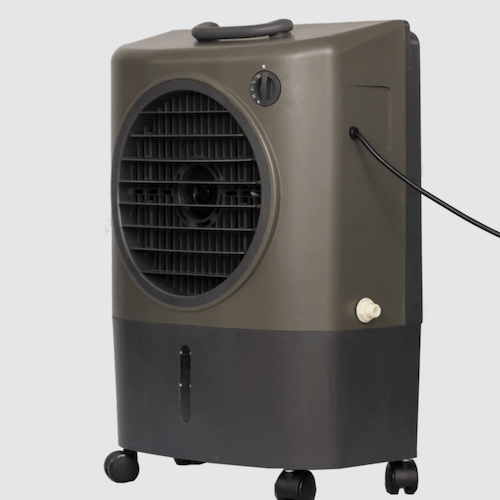 Reason to skip: Takes up tent space, not an air conditioner, requires power

Hessaire's entry-level model, the MC18, works well for camping because it only weighs 16 pounds empty.

Since it's not an AC, set-up requires little effort. Just plug it in, pour water into the 4.8-gallon water tank, and twist the power knob to your desired fan speed.

Getting enough cooling power shouldn’t be an issue for most campers. With 1,300 CFM, Hessaire rates the MC18 to cool up to 500 square feet – a much larger footprint than most typical camping tents take up.

The main cons to look for is that this is just a big evaporative cooler. In humid settings, the MC18 would only make the heat more unbearable.

Additionally, it’s broad, as in you will not be able to fill your tent to capacity with it inside.

Lastly, you need access to electricity to operate the MC18. At least it takes relatively little power consumption to operate at 82 watts compared to 500-1000 watt air conditioners. 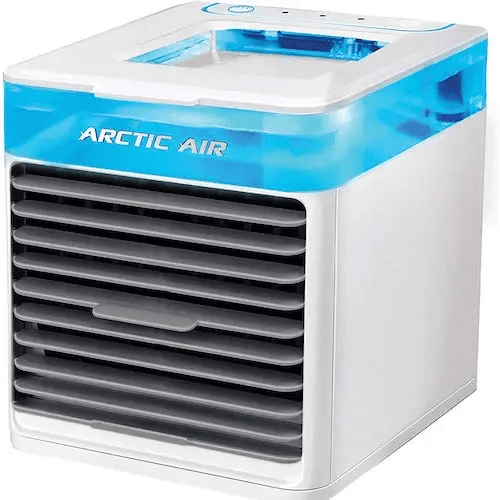 Reason to skip: Not an actual air conditioner, weak for an evaporative cooler

Because it weighs so little, takes up relatively little space, and needs no 120-volt power source, the Ontel Arctic Air Pure Chill 2.0 is one of the few cooling devices you can actually take off the beaten path.

It’s not inherently battery-powered. Instead, the Arctic Air receives power via a USB cable, which you can outfit to a portable smartphone charger.

As for the negatives, this Ontel is a tiny personal air cooler. It will hardly cool anywhere beyond directly in front of it.

Like other evaporative coolers, it doesn’t condition the air. The Arctic Air humidifies, which can worsen your situation in damp climates.

Even in dry settings, this teensy-weensy device will not cool a whole tent. You need a larger, more powerful cooler, or multiples of this Arctic Air when camping with a crew. 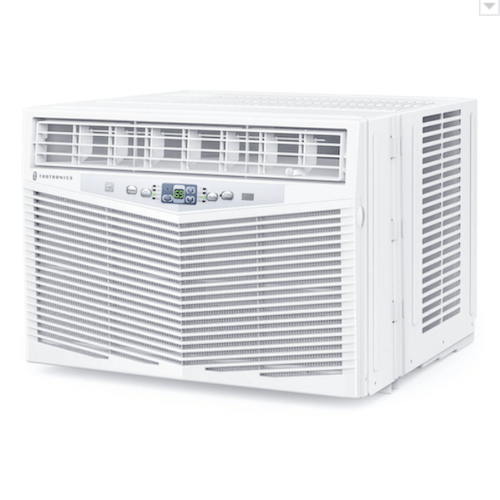 10,200 BTUs is modest for a window air conditioner, but that’s plenty of cooling for those larger tents designed for ten-plus people.

The Taotronics TT-AC001WSPF is too powerful for a smaller tent. An oversized air conditioner constantly cycles on and off, which reduces its lifespan and ability to dehumidify.

If you pick the TT-AC001WSPF, don’t camp far from the car. It’s a handful in terms of weight and dimensions. Of course, you’ll need access to power or a camping generator to get the compressor running cool all day.

You’ll also need to make sure your tent can accommodate a window air conditioner, whether that be a custom-designed AC port or a DIY fix. 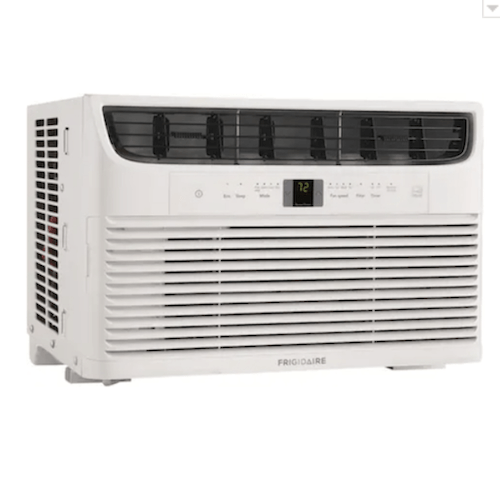 Reason to buy: Not too big or heavy, good cooling power

This window air conditioner, and others like it, are perhaps the best choice for most campers.

The Frigidaire FFRE063WAE is on the smaller side and only weighs 41.9 pounds – lighter than all of the other legitimate ACs on this list barring the Zero Breeze. That means less of a hassle getting it out of the car and set up in your tent.

On top of the above-average maneuverability, the FFRE063WAE outputs 6,000 BTUs of cooling power. It falls towards the weaker end of window air conditioners, but that’s ample for medium-large tents.

Once again, the negatives are a product of using a window air conditioner while camping. You need power and a tent AC port.

While Frigidaire says this unit reaches 55 dB on the highest setting, we’ve read mixed reviews on the noise levels. Some say it's reasonable, some say it sounds like a jet engine.

Despite this, most reviews lean towards five stars – an encouraging signal.

What to Look For in a Tent Air Conditioner

Now that you know the main cooling methods and the best air conditioning units available, you can determine which camping AC best suits your needs.

Here's what you should take note of. 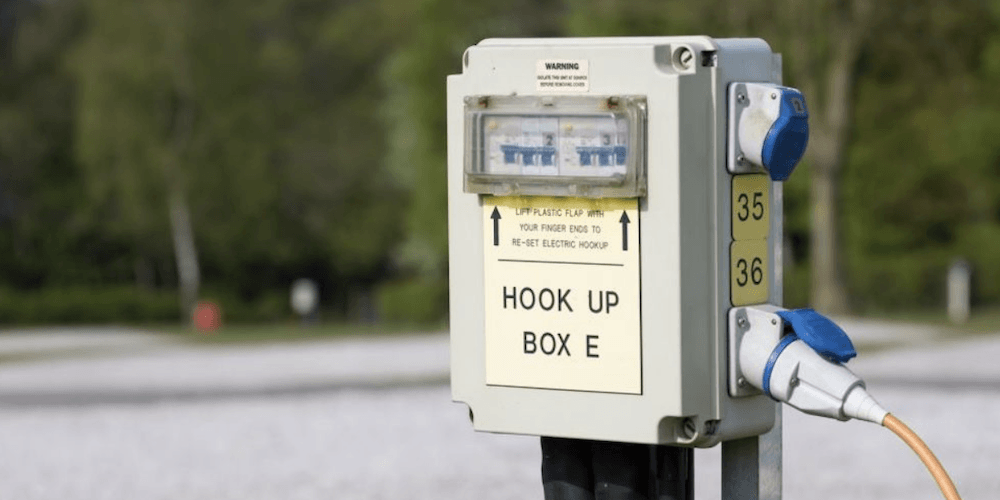 Does your campsite have power? If not, do you at least have a camping generator? No electricity severely limits your options to cordless cooling options. 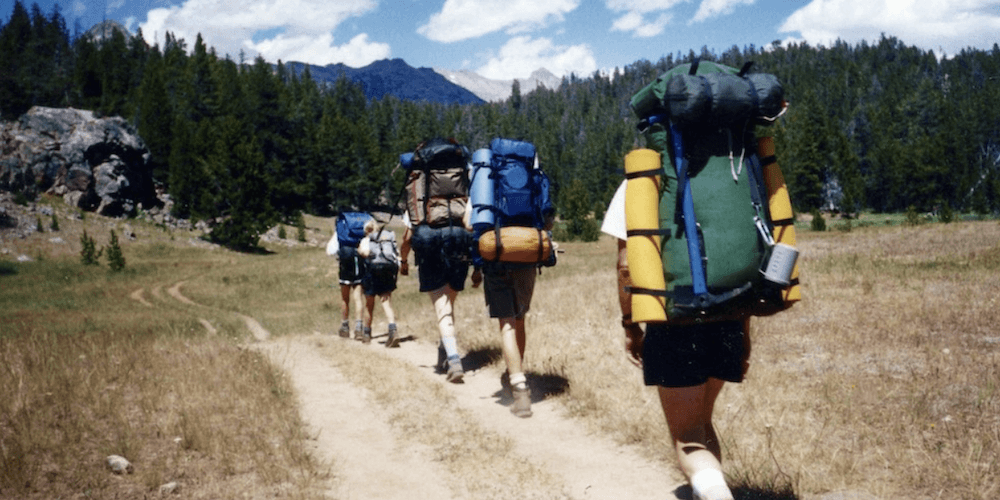 How far will you need to lug your air conditioner?

Air conditioners are heavy, making them a burden to carry even if you park right next to the campgrounds.

When selecting your tent air conditioner, consider how much muscle you can spare and how many hands you have in your crew. 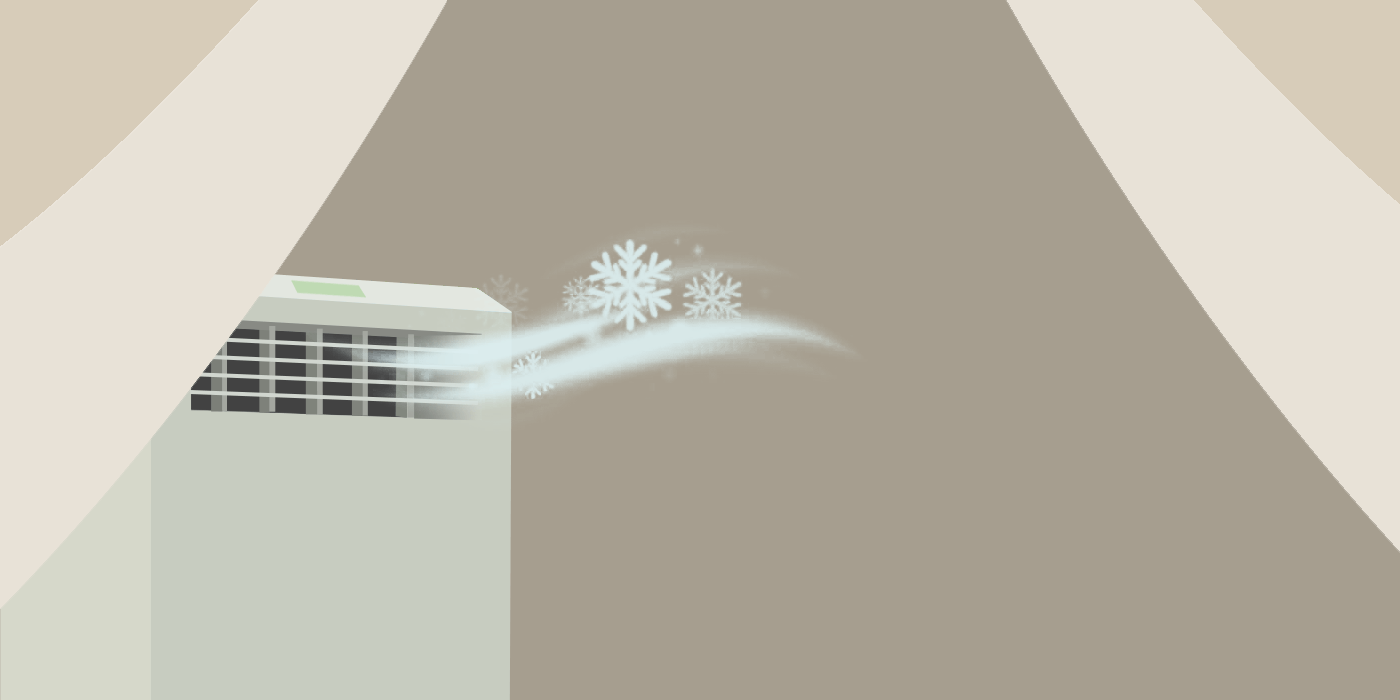 How much space an AC can cool depends on its British Thermal Unit per hour rating. The higher the BTU rating, the more powerful cooling you can expect.

No official BTU per tent size equation exists, though we recommend 750 BTU per person. For instance, a good air conditioner for a 4-person tent should exceed 3,000 BTUs. 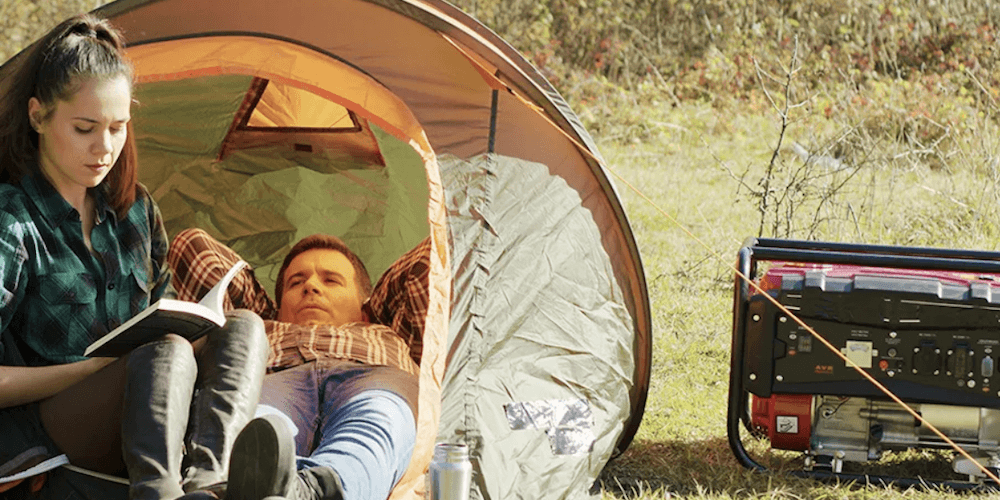 Air conditioners can get loud.

Given this thing will sit right next to you, it could disturb you when trying to sleep, let alone enjoy the sounds of nature.

If you’re camping off-grid with an AC, you’ll need to bring along a generator. With those two powerful devices running alongside each other, the noise could get unbearable. 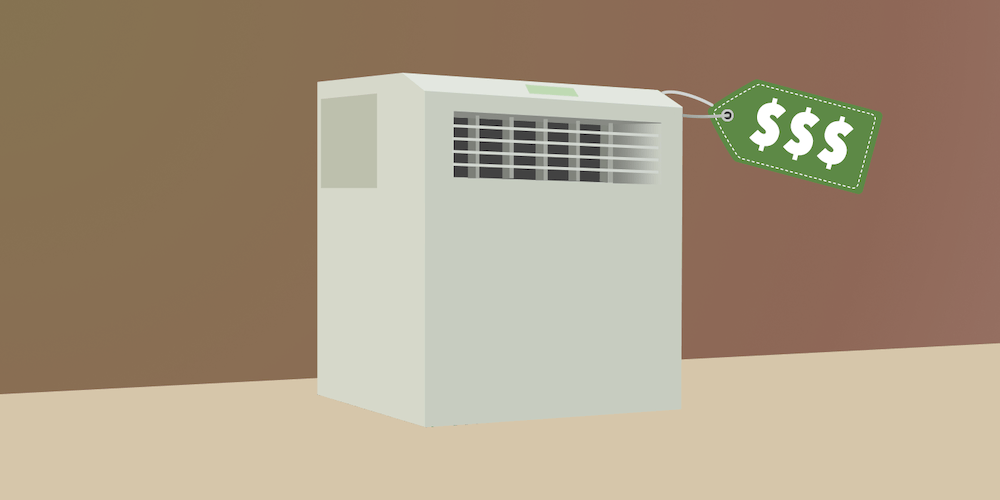 Last but not least, you should stay within your budget. Reasonably powered portable and window ACs typically cost less than $500.

If you’re in a squeeze and camp in an arid climate, personal evaporative coolers can cost less than $50 and work wonders. You can even DIY one for pennies on the dollar.

Cooling a tent is hard, but you can pull it off to a degree with the right product and setup.

Portable and window air conditioners work the best. However, they’re cumbersome and need access to power.

Evaporative coolers only make sense in dry climates because they up the air's moisture content – a bad thing in a naturally humid environment.

Any limitations you identify in these regards will drastically narrow your options and simplify your decision.