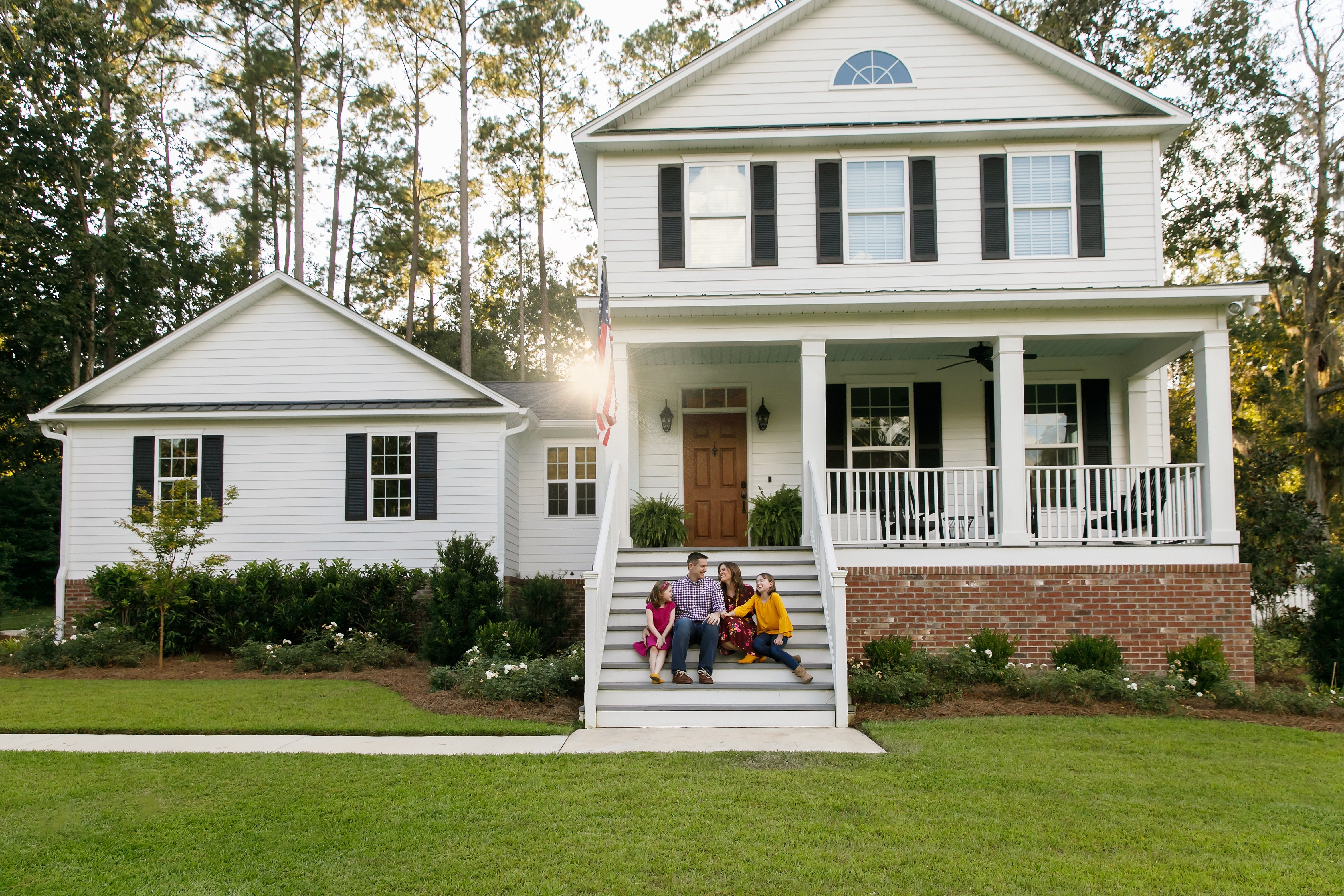 Prices are higher than last year for both renting and purchasing houses, but you’re already painfully aware of that, right? When deciding which option is better financially, the result depends on where you live and on your personal situation. However, nationally, on average it is 13% cheaper to rent a home than to buy one in 2022.

It’s not just home buyers watching and trying to plan for the looming possibility of a housing crisis, but anyone who’s aware and preparing for a general recession. As prices rise, an affordability crisis is developing that could lead to a prolonged slump in the housebuilding industry. The housing market is worth $4 trillion and has already seen a 16% decrease in sales since the start of the year. The Federal Reserve is already on alert, raising interest rates to encourage sellers to lower their asking prices.

Settle down for an uncomfortable read: We’ll show you where it became cheaper to rent than to buy, where it remains cheaper to buy despite the overall trend, and what other factors are critical to your decision when weighing up your options. 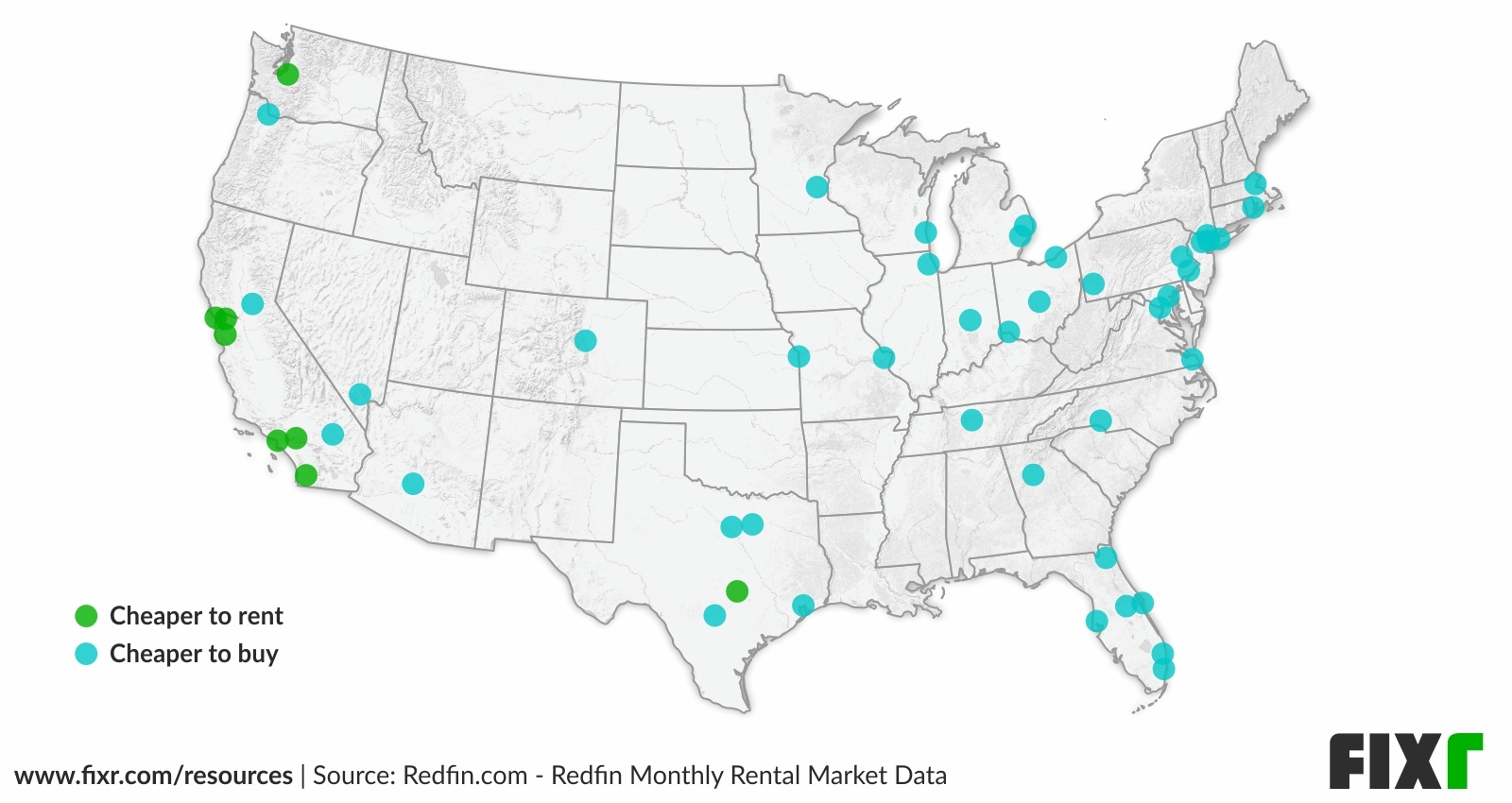 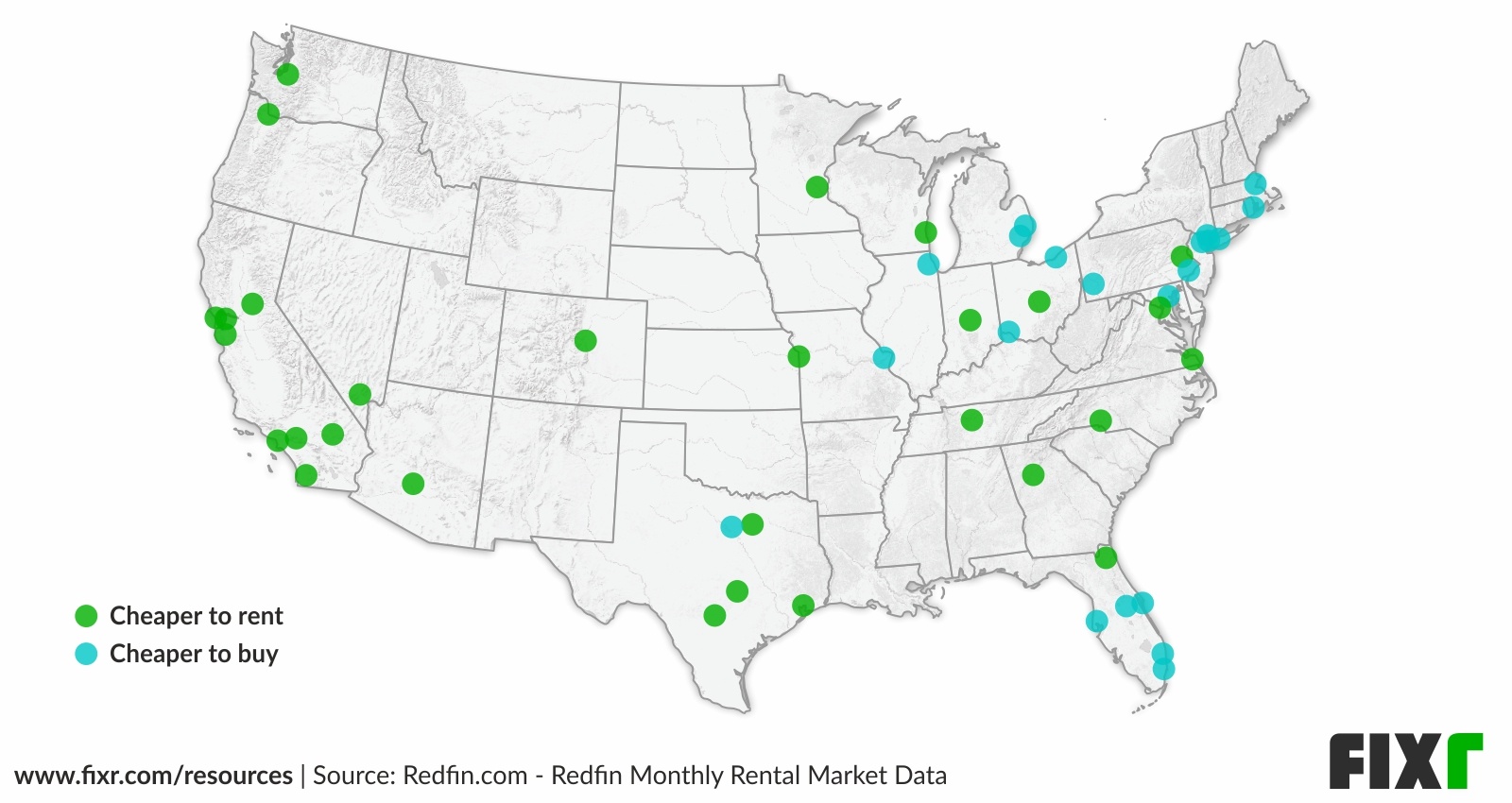 The interactive map above shows that in 22 out of the 50 metros chosen and analyzed by Redfin, it became cheaper to rent than to buy in 2022. This represents a fundamental shift in the market dynamics of those 22 metros, with companies in all related industries trying to guess and prepare for how that huge shift will affect their customers and suppliers. Meanwhile, the other 28 metros will be watching carefully to see what follows that landmark shift, and the sense of uncertainty may add to the pace at which that shift becomes universal.

Mortgage rates have continued to increase and house sales are falling faster than expected. Dow Jones polled a group of economists who estimated that we’d see a 1% fall in house sales this year, but in fact it was 8.6% from June compared to May. June 2022 compared to June 2021, witnessed an alarming 20% drop in the purchasing of existing homes.

Those who purchased in 2021 will be feeling some relief now, as average house prices in the 2nd quarter of 2022 were 15% higher than the average house price for the same period last year. For most home buyers, this will significantly affect what they can achieve with their budget, some will choose to hold on until the market is more favorable, while others might simply need to put their plans on hold for the foreseeable future.

Where Is Buying a House Cheaper Than Renting? 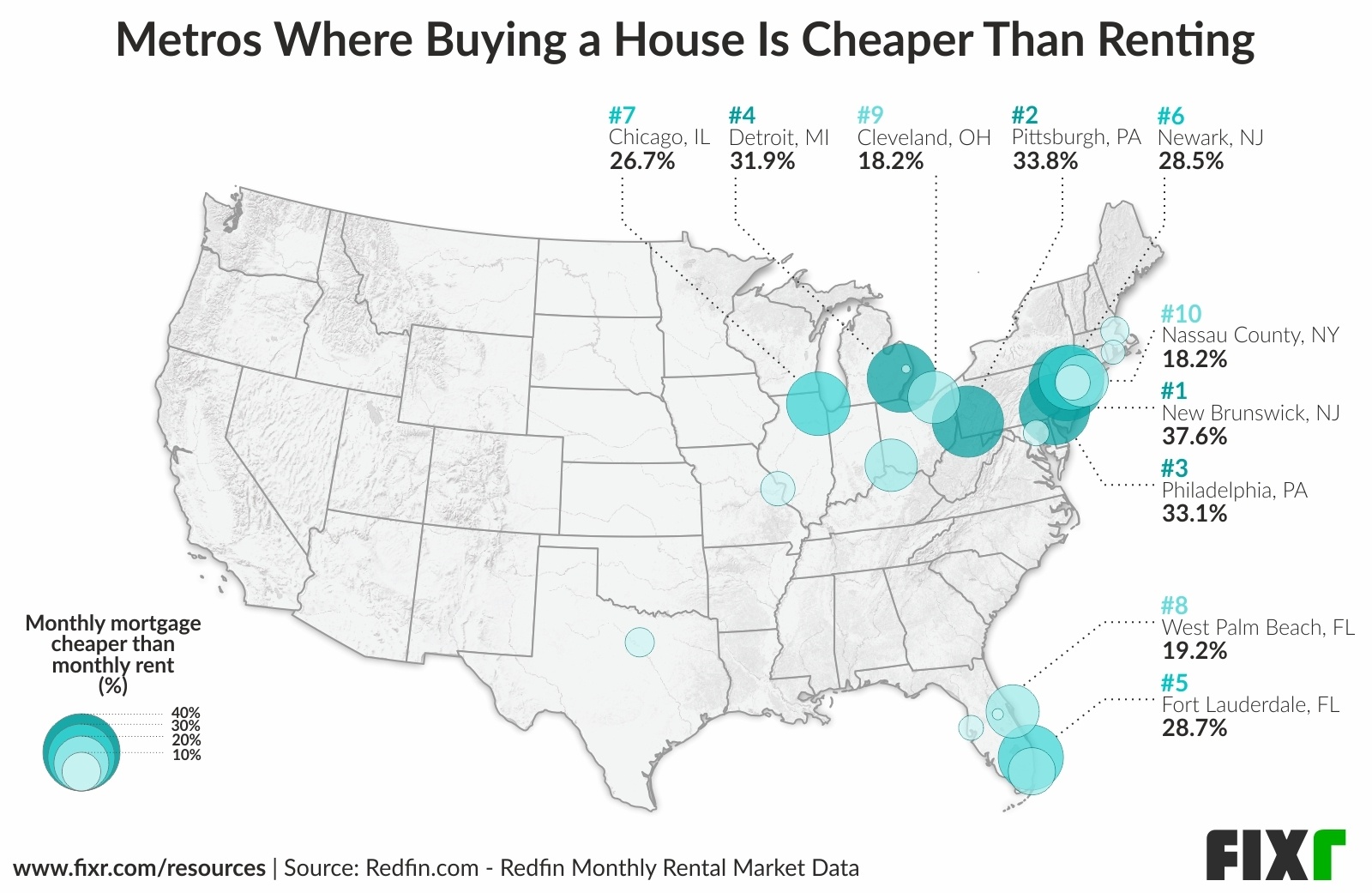 Top 10 Metros Where It Is Cheaper To Buy

In some metros, there’s still a significant financial advantage to getting yourself on the housing ladder. In New Brunswick (NJ) for example, it’s nearly 38% cheaper to buy than it is to rent, demonstrating the pressure, particularly on first-time buyers to make the leap and relieve their financial pressures. Pittsburgh (PA), Philadelphia (PA), and Detroit (MI), tell a similar story with home buyers paying over 30% less than their renting counterparts. The top 10 metros that show the biggest financial advantage to those buying are mainly in the north east including Newark  (NJ), Chicago (IL), Cleveland (OH), and Nassau County (NY). The only two exceptions on the list are both in Florida, which are Fort Lauderdale and West Palm Beach.

In general, renting remains more expensive than buying simply because monthly rent has risen considerably along with rising house prices. This has led to precarious circumstances for millions of American families who rent their home but can’t afford the downpayment to purchase, and in many cases, can’t afford the deposit and removal costs associated with a house move. This year the average listed rent went over $2000 per month for the first time ever.

Where Is Renting a House Cheaper Than Buying? 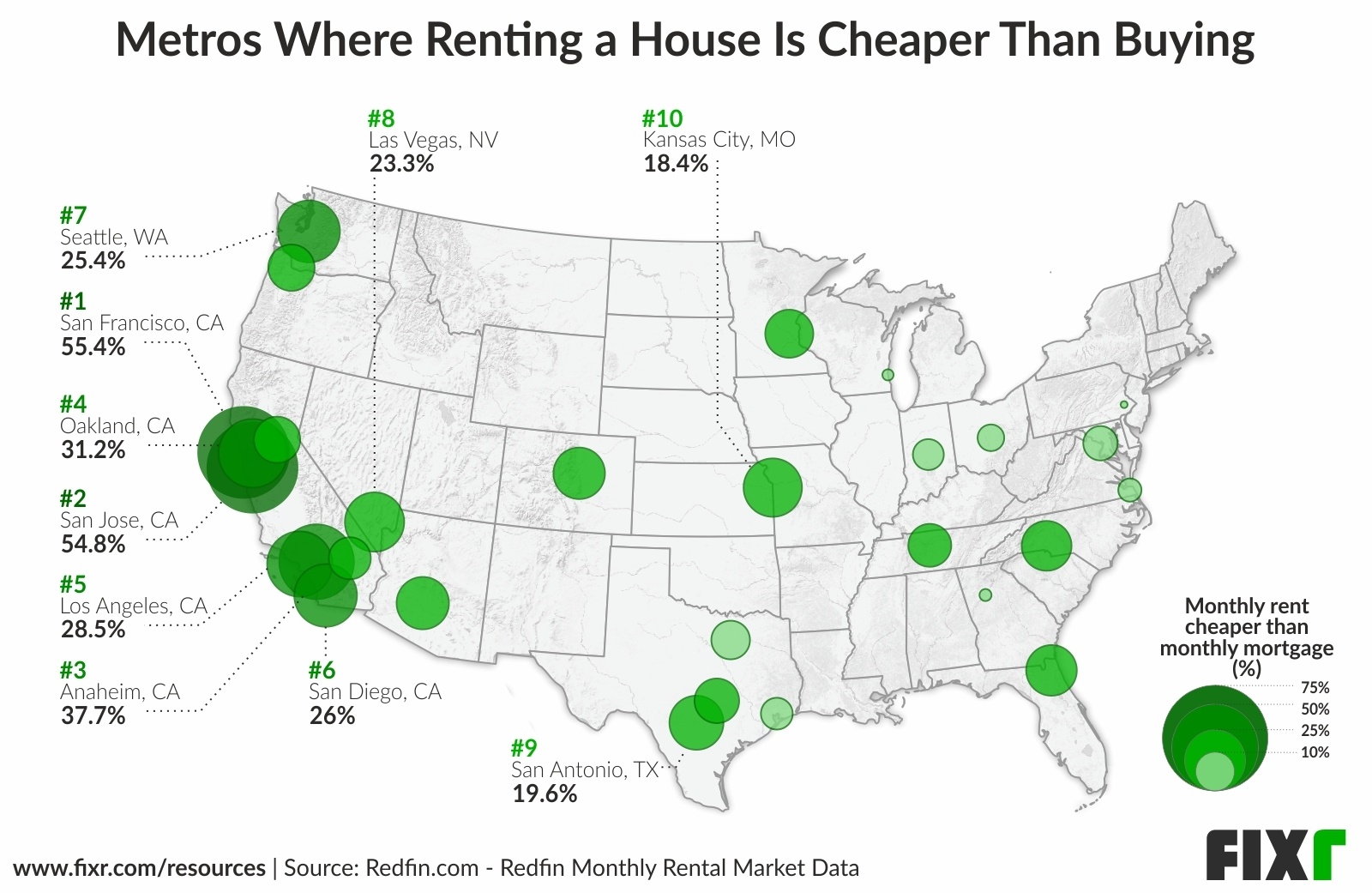 The map above shows how in metro areas such as San Francisco and San Jose (CA), it’s around 55% cheaper to rent than to buy. In fact, California accounts for the six metros that top the list, with Anaheim and Oakland at 37.7% and 31.20% respectively, followed by  Los Angeles (28.5%) and San Diego (26%). The rest of the metro areas in which renting is cheaper than buying are spread out all over the U.S. and among the top 10 you will find Seattle (WA), Las Vegas (NV), San Antonio (TX), and Kansas City (MO).

As a whole, San Antonio is considered one of the cities with both the cheapest house prices and rents in the US. Other than Houston, it is the only city with more than a million inhabitants that ranks amongst the cheapest in which to rent a house.

In addition, there’s a range of other factors to consider when deciding whether to rent or buy a home. For many, these factors would affect how much of their savings they are willing to invest, or how much debt they would be willing to take on. Where you live and the cost of living is also an important factor affecting this decision, with homeownership rates varying drastically from one region to the other.  Washington, D.C. shows the lowest homeownership rate, at 42.5% according to PropertyShark, and West Virginia the highest, with 73.7%.

When you buy a house, you take on the maintenance costs too, and you’re much more financially committed than you would be to a rented property. Also, if the value of the house decreases or interest rates rise considerably, this could cause a long-term challenge in moving house, or a short-term shock in mortgage payments. On the plus side, house buyers build equity over time, home value more often increases over time, and you may be entitled to some tax benefits, particularly if you’re a first-time buyer.

As a homeowner, you have the freedom to redesign and renovate the house as you like, but there’s no one to complain to when a pump stops working or a damp patch appears on your wall. For many, a key consideration will be just how committed they are to living in a particular area. Moving house is a considerable expense in itself, whether renting or buying and if you’re committed to living in one location for a long time, you reduce the likelihood of further moves by purchasing your house and then adapting it to your needs over the years.

Mortgage rates are rising, house sales are falling, and it’s becoming cheaper to rent than to buy in more metro areas this year. Everyone is watching the housing market carefully, with the possibility of a national recession looming. It’s a good time to reconsider your financial limits, while being aware of good opportunities for a bargain in the face of uncertainty.

Whether you’re looking to rent or buy, it’s worth considering both options in your research. Challenge yourself to broaden your search beyond your first choice location - you might be surprised to discover how much cheaper a nearby area can be!

We collected the data by metro area from Redfin.

The rent and mortgage data is for all residential types, including condos, multi-family and single-family homes, single units, and townhouses. We filtered monthly mortgage data according to the most typical minimum down payment which was 5% in 2022.

We then calculated the difference between typical monthly rental and mortgage payments, and expressed this as a percentage to highlight where it is cheaper to rent a home and where it remains cheaper to buy.

Irena is an industry analyst at Fixr.com. She analyzes and looks for visual ways to simplify data. She has been researching and writing about construction, real estate and finance since 2018. For this article she analyzed the rent and mortgage prices by metro data, calculated the percentages, and mapped the final results.