How Much Does It Cost to Remove Foxes?

In the modern world, when humans and wild animals, such as foxes, cohabitate there are almost always many difficulties. It is important to remove foxes living on or near your property as they are a nuisance to home- and pet-owners, gardeners, and farmers. They not only tear apart your trash, but will hunt and eat any small animals and domestic pets.

Removing a fox family of four or more from a den that requires multiple visits costs around $350 to $475 on average. The amount varies depending on the location of your fox(es) and how you want them removed.

Foxes are omnivorous and mostly active at night, though it isn’t unheard of to see them during the day. They are known to be curious, cunning, intelligent, and adaptable. They are solitary animals (except during mating season and when their pups are born) and don’t form packs, making it easy to adapt well to human environments. Their habitats coexist with human spaces.

There are twelve true fox species in the world. Among the twelve, the red fox and the gray fox are the most common and well-known in the United States. Besides the red and gray fox, the arctic fox, kit fox, and swift fox are three others that also live throughout America. To address a problem animal, knowing the type of fox infesting your property and its typical behavior will help with fox removal. Red foxes prefer forest, farmland, and urban areas with mixed vegetation. Gray foxes prefer to live nearer to water sources, and they are also the only fox that can climb trees.

Foxes are more afraid of humans than humans are of foxes. They are easily scared away by loud noises and larger animals. Red foxes’ average lifespan in the wild is around three to six years. Gray foxes, on the other hand, can live six to eight years in a wild environment. Breeding seasons vary depending on the region, anywhere from December to March.

Unlike humans, pregnancy lasts about fifty-three days and produces, on average, 5 pups. Foxes will often build dens under porches, sheds, and in the hollows of trees. Anywhere there is a crawl space is a good home according to the fox. A fox habitat can have multiple dens with paths leading to each of them. Fox pups emerge about four weeks after birth and will begin to explore. It is usually late spring and early summer when they are most active and learning how to hunt. Mothers usually leave their dens once their pups have grown and are able to reproduce, around ten months old and when autumn comes.

Foxes do not like aggressive animals or humans and will avoid confrontation if possible. When approached, they will run and hide or find shelter. They generally won’t fight back unless provoked. In the instance a fox is sick, it may act unusual and try to attack. A sick fox might have rabies or mange and it is best not to approach a sick fox yourself.

Signs of Having a Fox Infestation

One of the surest signs you have a fox is evidence of digging around your home and a mess in your garbage. They are opportunistic hunters and prefer the easiest methods for finding food. If you leave pet food out and it’s gone faster than usual, there could be a fox. If you find garbage spread everywhere on the ground, there could be a fox. While a vegetable garden is their least favorite, they will dig looking for worms and grubs 1. If there is water in or near your garden, they will go for it and destroy your garden in the process. If your garden is overgrown, it’s a great hiding place for a fox.

If you have domesticated chickens or rabbits, these are a favorite among foxes. Finding (or not finding) dead chickens and feathers, or rabbit and fur are sure signs of a fox. They’re loud animals so any unusual yelling or screeching often comes from a fox.

Look for a pungent and musky smell, which is the smell of fox urine. They will leave droppings, trample plants, dig, and chew up small toys or shoes left outside. Foxes also damage fences.

Foxes don’t like confrontation and will avoid humans. Red and gray foxes, however, have become accustomed to living near humans. If you or your pet comes into contact with fox feces on your property, garden, or near its den, wash yourself and your pet immediately. Feces is the number one way that parasites are transmitted.

Foxes can carry illnesses such as rabies, roundworm and tapeworm parasites, sarcoptic mange, and canine distemper. These diseases and parasites can affect humans and domestic pets.

The best way to remove a fox is to trap it. Traps are usually set where there are fox tracks, such as on a hunting route. The fox trap must meet certain requirements and should be registered. For example, snares, steel foothold traps, or body-gripping traps that might harm or cause injury to the fox are prohibited in some states.

Foxes are smart animals and are not easily fooled, so traps should be concealed in a way that encourages them to investigate, such as hidden in a hole, or covered with leaves and brush. A professional will add bait to the trap that appeals to foxes and sprinkle a trail leading to the trap to get their attention. Foxes will likely investigate a few times before falling for the trap. Because they are harder to catch than many other wildlife animals and it can take significant time to catch them, it is important to keep domesticated animals away from the area.

In order to prevent any safety concerns, get help from a wildlife or animal control professional for removing foxes from dens they’ve settled into on your property. A professional will inspect the property to determine both the den location and number of foxes. Then they will set up humane traps. Once the animals are caught, they will remove the trap with the animals and either relocate healthy animals or euthanize infected, sickly, or dying animals.

Rates charged by fox removal companies vary widely. Some charge a setup fee between $75 and $150 and then a per animal removal fee between $50 and $100 or more. Others charge a per-trip fee around $100 for each trip out to the house to set up and remove any number of animals.

Once a professional has removed the fox, or fox family, from your property you can take steps to prevent their return.

If you have a fence, prevent foxes from digging under by burying it at least two feet in the ground. Because certain foxes, such as gray foxes, can climb, also make sure the fence is high enough to keep them out. To prevent them from staying, block or cover any prime den locations. These include hollow trees, under porches, sheds, or anything that looks like a good hiding spot.

Keep them from finding food on your property and coming back for more by locking trash can lids, keeping pet food and water bowls inside, and securing any domesticated animal enclosures such as chicken coops or rabbit cages. Use tightened chicken wire and make sure they have a roof. Chicken wire is also great for keeping gardens secured.

During prime breeding season, maintain your yard by cleaning up fallen fruits and seeds, which also attract foxes. In addition to securing gardens, add homemade repellents with a pungent smell to keep them from rummaging through them, such as cut-up pepper, onion, and garlic. Foxes will eat small animals if given the opportunity, so keep your pets, especially small dogs and cats, indoors, and stay with them at all times while outside.

The cost for wildlife removal depends on the type of animal and the number of animals you are having removed. On average, wildlife removal costs between $125 and $300, but that price may vary depending on the animal.

Yes, they are legal, but a license is required to own and use them.

A professional wildlife specialist will set a special fox trap and relocate the fox, or fox family.

Foxes are afraid of loud noises, people, and large animals. They are generally shy animals and will avoid people, even if they cohabitate in human spaces. Making loud noises or yelling at the fox can scare it away. Loud radios or loudly barking dogs may also scare them.

You can try repelling foxes with fox or other animal urine, silhouettes, soaking a cloth in creosote, mothballs, and ultrasonic deterrents or electronic repellents. However, they are expensive and not guaranteed to work 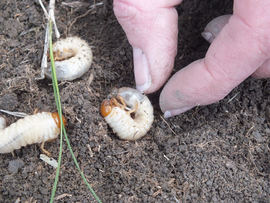 1 Grubs: The larva of a beetle. While the adult beetle poses little threat to a lawn, the grubs can ruin a lawn by feeding on the roots of the grass 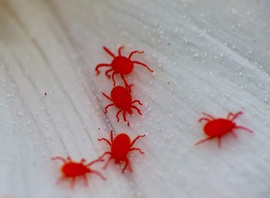 2 Mites: Small, often microscopic invertebrates that mostly live in the soil or water. Some mites are parasitic and live on plants and animals.

How much does it cost to remove foxes in my city?

Cost to remove foxes varies greatly by region (and even by zip code). To get free estimates from local contractors, please indicate yours. 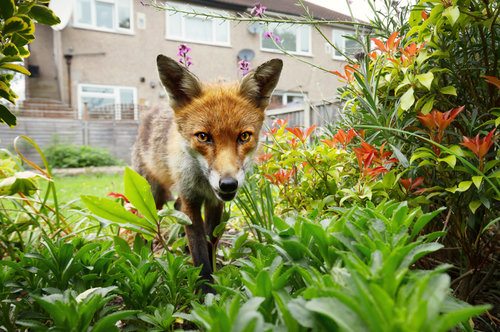