How Much Does It Cost to Survey a Land?

At some point during your time as a homeowner you may need to have a survey conducted of your property. Surveys are most commonly used to find the boundary or edges of your property, marking the four corners. They can also be used for several other purposes including locating flood plains, determining terrain, and even finding locations for septic tanks or oil wells.

Most homeowners have surveys conducted before any type of transaction or project. This may mean having a survey done prior to purchasing the property, prior to building a fence around it, or prior to having a new building erected. Because there are laws governing how close to a boundary line you can build, drill, or excavate, having an accurate survey can save you from having to deal with your town or city after the project is complete. In other cases, you may need to submit a recent survey plat along with your plans for the project in order to get a permit.

On average, carrying out a land survey done for mortgage purposes on a standard-sized lot with two new boundary markers costs $575. However, there are a lot of different factors that can impact the cost of your land survey, including the type of survey that you are having done. The size and shape of your property, how difficult the property is to access, the terrain, and how long ago the last survey was conducted will all impact the final cost.

There are nearly as many types of surveys as there are types of property in the world. The most common land surveys, however, are those conducted for homeowners who want to know more about their particular plot:

If you live in a subdivision you may need to know more about any existing right of ways and shared areas, particularly if the houses are built closely together or if there are town houses which share a wall. In a subdivision survey, not only are the boundaries clearly marked, but existing information may be uncovered. For example, if your property blocks your neighbor’s driveway from the road, they may have a right of access through your driveway to reach their own property. This is the kind of information typically unveiled during this survey. Subdivision surveys range in cost depending on the number of buildings, with costs typically averaging $300 to $400.

Depending on how long ago the land was surveyed your bank may request a mortgage survey prior to granting you the loan to purchase. A mortgage survey will give you the shape and size of the plot, mark the boundary lines, and give you general information about the property, including but not limited to well information, flood plains, septic tank location, and utilities. Depending on how long ago the land was previously surveyed, however, this may not be necessary unless major changes have occurred on the property. Typically, a surveyor will take a look at old property records before conducting a new survey to find this out. Mortgage surveys cost around $500 on average including elevations.

Occasionally, the title of the land in question may be in dispute, meaning that two or more people may claim to own a section of land if it borders two properties. In this case, a land title survey will be conducted to determine the true owner. Old records and markers may be accessed as well as a new topographical or boundary survey to find the necessary information. Land title surveys range in cost depending on the extent of the survey. For a simple survey, costs start around $95, but can go as high as $600 depending on the amount of work needed.

While you are more than welcome to look up old surveyor maps and use them to find existing markers or boundary lines on your own property, you need a licensed surveyor to produce results that can be used for legal documents or in court in the event of a dispute. Land surveyors typically charge by the job after getting some basic information about the property.

Your surveyor may price the job in one of two ways:

Typical pricing for a land survey starts at around $95 for elevations and $275 for a simple boundary survey, and averages around $500 for a more detailed mortgage survey which includes elevations of existing buildings. If you need new markers put in, you can expect to pay around $150 per marker. More complex land surveys start at $600, and go up depending on how difficult the terrain is to access.

Land surveys are legal documents expected to be held up in a court of law. If it is found that your surveyor was negligent or did not mark your boundary correctly, they may be held liable in a court of law. This is why it’s important to hire a professional to do your surveying; conducting your own survey means that you will be responsible for damages if your fence is placed on your neighbor’s property or in the event of another dispute. The vast majority of land surveyors do carry liability insurance for this reason; always ask if this is the case before hiring someone.

If you find that a survey was done fairly recently, but is out of date, you may be able to have the original surveyor recertify the survey, rather than having a new one conducted. Recertification costs roughly 25 - 50% of the total cost of a new survey.

How much does it cost to survey a land in my city?

Cost to survey a land varies greatly by region (and even by zip code). To get free estimates from local contractors, please indicate yours. 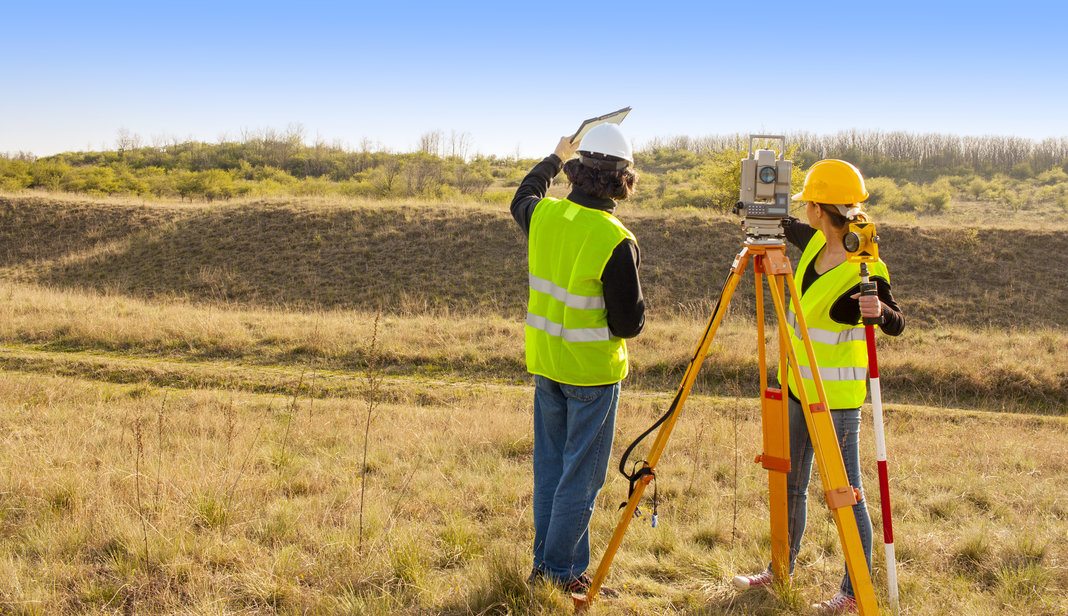