How Much Does It Cost to Install a Phone Jack?

National Average Range:
$120 - $180
Get free estimates from electricians near you

Even in the digital wireless age where most of our calls take place on cell phones, many people still want a home phone. There are several advantages to having a home phone, but it requires an installed telephone jack.

The job of installing a phone jack can be done DIY if you have the relevant skills and experience, or you can hire a professional. Costs vary depending on the jack type and installation location. The national average range for installing a telephone jack is between $120 and $180, with most homeowners paying $132 for a standard four-conductor phone jack, professionally installed.

Costs to install a phone jack vary greatly by region. Let’s calculate the cost for your zip code.
Zip code

Want to receive more accurate estimates for your project?

The technical side of telephones might seem complicated to an amateur, but it is simpler than you might think. There are two components to consider when installing a home phone: the wiring and the jack. Most telephone wires are made from twisted pairs of copper wiring, and the typical four-strand phone line has two of these pairs. Each phone only needs one pair to function. A standard four-strand telephone wire with two pairs supports two telephone lines, and a six-strand wire with three pairs supports three lines. Telephone wiring is relatively inexpensive, costing about $0.10 to $0.40 per foot.

The jacks come in three separate types: RJ11, RJ14, and RJ25. There are other jack types, but these are the most commonly used across the U.S. The RJ11 is wired to support one telephone line. The RJ14, also known as the four-conductor jack, supports two lines, and the six-conductor jack, the RJ25, is used for three telephone lines. Telephone jacks range in cost from $3 to $15, with the more functional models like the RJ25 being at the upper end of the range.

How Much Does It Cost to Install a Phone Jack

The cost of installing a phone jack has a broad cost range, depending on the size and complexity of the project and whether you hire a professional. If this is a DIY job using your own tools, it costs about $50 for the various components, including the jack, the wires, and any necessary tools required for cutting the wires and accessing the wiring box. If you already have these tools, the job can be done even cheaper. However, it is often best to hire a professional, and the total cost ranges from $110 to $250, depending on how much work is needed.

The job of installing a phone jack involves finding a location for the jack, measuring out the wiring required, checking the old wiring for any signs of damage, and potentially sawing through drywall to access the insides of the walls. The installer usually has to make a hole in the wall and slip the new wire inside, before connecting the jack at the end. The process takes a couple of hours on average, and most professionals charge around $60 to $90 per hour. For installation of a standard four-conductor jack, expect to pay about $20 in materials and $110 in installation costs for a total of $132. 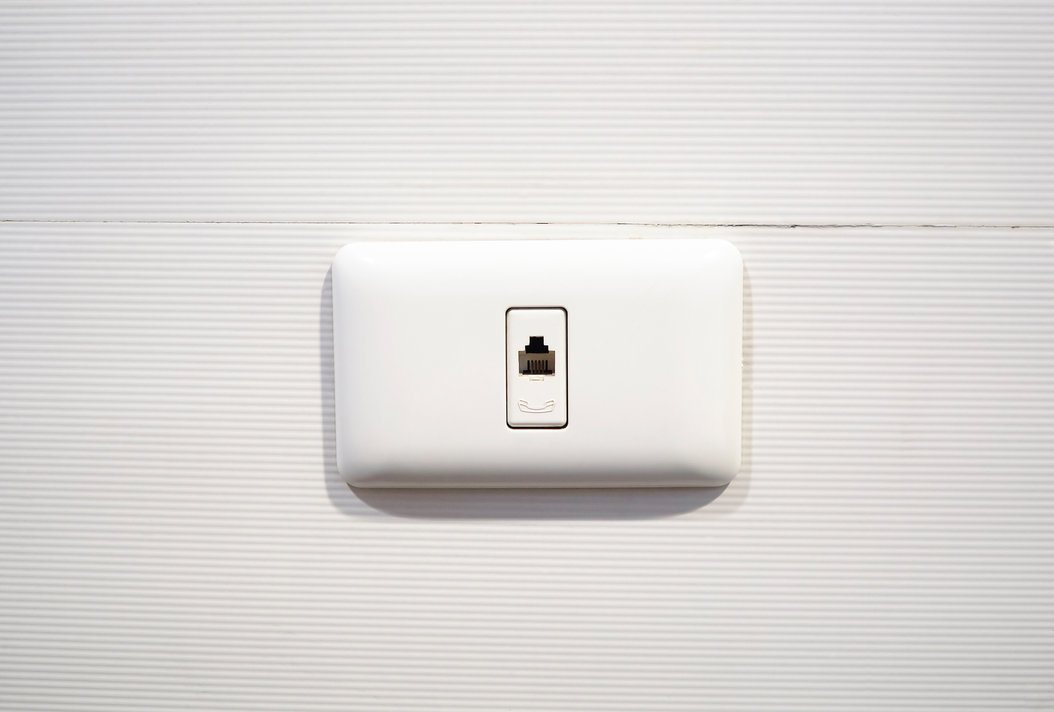 Compare prices from telephone jack installers near you

Cost Factors Affecting the Cost of Installing a Telephone Jack

Several factors influence the cost of installing a telephone jack. The jack type affects the price because jacks with more conductors are more expensive. The amount of wiring required also impacts the price, with longer wires costing more. Another factor is whether the installer has interwall access. In new construction, they usually hook up the telephone wires and jacks before the drywall is installed, making the job much easier. In existing homes, they must drill holes into the drywall to access the interwall space, which takes more time and costs more.

Also, see if there is any existing wiring and what condition it is in. If your home already has quality wiring, the installer can make use of that and connect it to the new jack. If the wiring is damaged, it needs to be replaced. And if there is no wiring, it must be installed, leading to a larger and more expensive job.

Converting a Phone Line to Ethernet

Many modern homeowners consider the possibility of converting unused phone jacks to ethernet, allowing them to connect ethernet cables to their online devices like routers, computers, laptops, and gaming consoles to set up local area networks (LANs) and potentially boost their internet speeds. This job can be quite simple, but it depends on several factors. You may want to hire a professional installer to take on the task if you are unsure how to do it.

First, the installer will open up one of the phone jacks and investigate the wiring behind it. Most modern homes have Cat 5 or Cat 6 wiring, which is good for ethernet conversion because it means you can use those existing wires and do not need to install new ones. If the wires are not Cat 5 or 6, a new set of wires needs to be installed. Once complete, the installer will convert the cables to ethernet and switch out your old phone jacks for new ethernet adapters. You can then connect routers, computers, and other devices to these ethernet ports.

Depending on the state of the wiring in the home, number of ports required, and amount of professional work needed, the cost of converting phone lines to ethernet ranges from $150 to $300 or more.

Convert a Phone Jack to Usb

Unused phone jacks can be converted into USB power outlets, allowing you to charge devices like cell phones. Electrical hobbyists may be able to accomplish this, but other homeowners should hire a professional. The job involves using a voltage meter to test the amount of power coming through the line and then using a regulator to bring it down to 5 volts. After that, cut open the phone cord, separating the color-coded wires inside, and then connect them to the regulator before cutting open a USB cable and doing the same with its color-coded wires. Solder the wires in place and then plug your phone into the USB cable and start charging it. When done DIY, this job costs about $20, but a professional costs around $80 to $120.

Wireless phone jacks allow you to use new phone jacks without installing new wiring. They use a transmitter and receiver that plug directly into AC outlets, making use of your existing phone line to make and receive calls wirelessly. They are useful for those who want multiple phones around the home but do not want to have to drill through the walls for each one. It can also be cheaper to install a wireless phone jack than a standard wired jack. Wireless phone jacks have a wide range of costs, mostly due to the number of features. The more features it has, the higher the cost. It is not uncommon to find a range of prices starting at $50 and going as high as $350.

Special adapters are also sold for connecting USB devices to telephone jacks, costing around $6 to $14 each. These adapters turn telephone jacks into USB charging stations, provided you have the correct wiring.

Installing a phone jack generally ranges from $120 to $180 but can be more or less, depending on the job size and whether you hire a professional.

Handymen and electricians can install phone lines. They can also connect phone jacks and make any necessary repairs or enhancements.

This depends on the construction, but yes, most new homes are constructed with at least one phone jack.

This is possible, but the wiring in your phone system may need to be replaced and special adapters installed.

Your cable or internet company can connect the coaxial cable to a special modem to provide your home with WiFi access.

Most phone jacks are situated in the living room or near the entrance to the home.

​There are many ways you can hide phone jacks. You can hang a chalkboard or cork board over them or place a large piece of furniture in front of them. You can also hang paintings and pictures or create custom boxes and art pieces to cover them up.​

How much does it cost to install a phone jack in my city?

Cost to install a phone jack varies greatly by region (and even by zip code). To get free estimates from local contractors, please indicate yours. 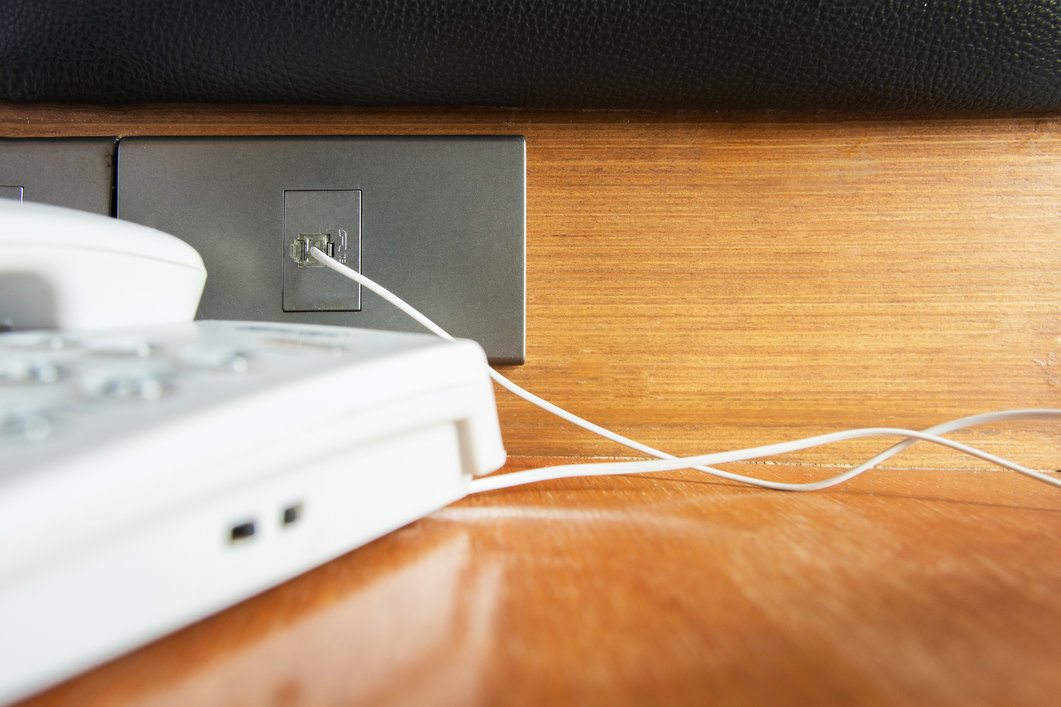 electricians near you
Get free estimates on Fixr.com from trusted electricians in your area

Find electricians near you