Cost to install LED or regular Christmas lights varies greatly by region (and even by zip code).
To get free estimates from local contractors, please indicate yours. 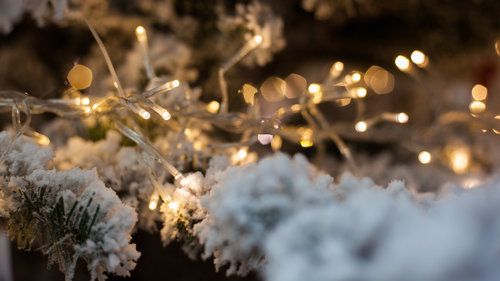 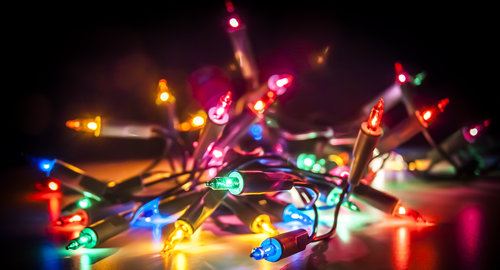 As the holidays approach, you’re probably planning your annual light display. Many families use numerous strings of lights in and around their homes to illuminate and decorate for the season. All those lights add up in terms of purchase price and amount of energy you’ll spend to keep them glowing all month long.

Generally, there are two types of lights that people consider each year – standard string lights and newer LED lights. Both have advantages and drawbacks. We’ll outline the differences below, allowing you to make a more informed decision for your Christmas light display.

LED bulbs use less energy than the standard incandescent Christmas lights, which makes them the more energy-efficient choice. In fact, incandescent or regular lights are being phased out entirely due to their inefficiency, making them harder to find. The greenhouse gases that incandescent bulbs produce may have a bigger environmental impact, potentially contributing to issues such as climate change. LED bulbs emit fewer greenhouse gases than incandescent bulbs, which makes them not only more efficient but more environmentally friendly.

LED bulbs require less wattage to run so that you will use less electricity to power the same number of lights over standard string lights. This can save you up to 80% on your electric bill this season when compared to regular Christmas lights. This is a benefit for those who like to create a large display.

LED bulbs last around 50,000 hours compared to standard bulbs, which last approximately 1,000 hours. From a durability standpoint, this means that you’ll get 50 times the amount of usage out of a string of LED lights than a string of regular lights. So, while LED lights are more expensive to purchase than incandescent lights, you’ll actually save over the lifetime of the bulbs in energy costs and replacement bulbs.

LED bulbs are also less likely to short or blow than a standard bulb, so you’ll spend less time replacing them. However, both LED and standard Christmas bulbs are made of a thin piece of glass. This glass will break at the same rate, particularly if subjected to impact.

In addition, many newer LED lights are coming on a thin, copper strand rather than an insulated cord. This strand is easily tangled, and the tiny lights embedded in the string cannot be replaced if they break. The heavier, insulated cord of the regular lights lasts longer, and the larger bulbs can be replaced if necessary.

If both types of lights use the same insulated cord, then the installation will be comparable. However, many LED lights now come on a copper strand. This strand is much more difficult to install than a cord because it is thinner and more easily tangled. LED strands are often shorter than regular strands, which means you’ll need more extension cords and strands to hook together to complete an installation, meaning more work to set up your lights.

Since LEDs come with fewer lights per string, you’re likely to need more strings to complete an installation. This will contribute to a higher overall cost for LED lights versus regular lights. You may also need more extension cords and anchors, due to the higher number of necessary strands.

The cost of regular Christmas lights can run anywhere from $3 to $12 per strand. The longer strings of lights mean only 8 to 10 strands are necessary to complete the same job, giving a total of $24 to $120 for the lighting. Extras such as stakes and extension cords will run between $30 and $100, with installation running the same at around $100 to $450. In total, the project would run between $154 to $670.

With the growing technology, LEDs have the same, if not brighter lighting than standard bulbs. In addition, LED Christmas lights have fewer bulbs than traditional strings of lights but can still shine brightly in many colors.

In the past, LED lighting was dimmer than traditional lighting, which caused people to stay with the standard string of Christmas lights. This has changed, however, and both bulbs now put out a similar amount of light.

The key is looking at the size of the lights. LEDs on copper strands are much smaller, so while the brightness is comparable, the lights will not be as visible as standard Christmas lights. This may be a personal choice, however, in how you want the bulbs to be viewed.

The biggest difference in LED versus standard lights is in color. LED light is traditionally a bright white, while incandescent lights are more yellow. The minerals used to color the LED bulbs give them a different look than the colored glass of the standard lights. Some people may prefer the look of the traditional lights, as the colors are more commonly associated with the season.

LED lights remain cool to the touch even when on for hours. In contrast, traditional Christmas lights become hot to the touch after they’ve been lit for several hours. This may lead to a risk of house fires,  so the bulbs need to be unplugged when not attended or after several hours have passed. LED lighting provides a much safer, cooler choice of Christmas lights for those concerned with this risk.

How much does it cost to install LED or regular Christmas lights in my city?

Cost to install LED or regular Christmas lights varies greatly by region (and even by zip code).
To get free estimates from local contractors, please indicate yours.

Last modified: Oct 4, 2017
Methodology and sources
We are asking a few questions so that we can get you better cost estimates.
By clicking 'Get Quotes Now' you agree to our Terms of Use and our TCPA Consent.
We respect your privacy.
TCPA